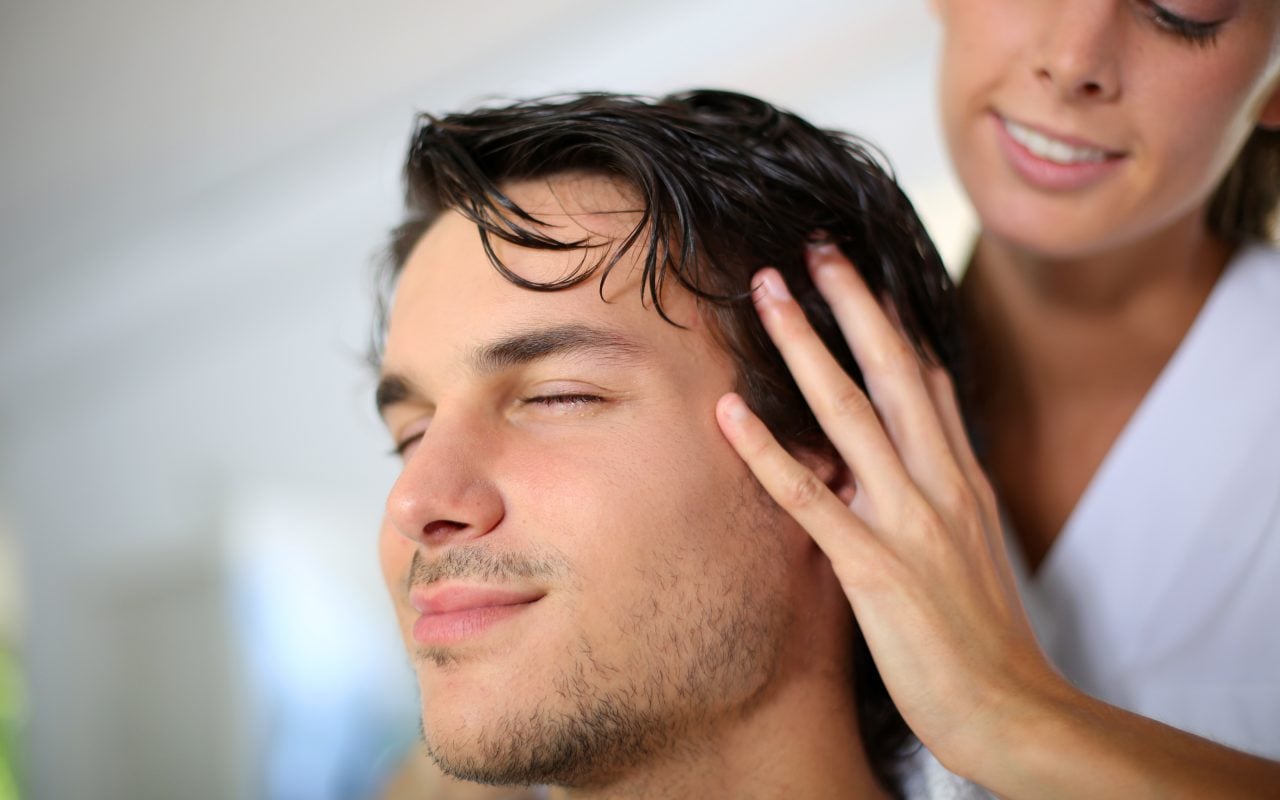 Indian head massage is a type of therapeutic massage that focuses on treating the patient through conducting massage techniques on the head and on the areas surrounding it such as the face, neck, upper arms and shoulders. It uses gentle massage strokes on these parts to stimulate the nerves, loosen up tight muscles, relax superficial tissues, and remove stress both emotionally and physically.

This type of massage is also known as Champissage where champi stands for the Hindi word for head massage. Indian head massage is a traditional form of natural therapy practiced in India during the early centuries. The Indians use this alternative medical treatment to soothe and heal physical and emotional problems due to stress and fatigue.

Traditional Champissage was introduced in the West in 1978 by Narendra Mehta who was a blind physical therapist. During his early years in India, he always enjoys his visit at the barber shop because of the head massage he receives after getting a haircut. He became familiar with the technique as he was a regular customer at the barber shop just to have a therapeutic massage on his head. However, when he left for England, he was disappointed in finding out that there were no types of head massage offered there. Mehta moved back to India in 1978 to study the art of Champissage so that he can introduce it in England. He later on developed a more effective and relaxing massage which not only focuses on the head of the client but also on the face, neck, should and upper arms. The Ayurvedic system as well as the oriental belief in the circulation of energy within the body was applied in this massage therapy.

Indian head massage can be done with or without using massage oil on the skin of the patient. Using massage oils however gives the therapist better manipulation and gliding of the hands as he or she conducts the various massage strokes and techniques. The preference of taking off the clothes or leaving it on is also enjoyed by the client. Instead of lying down which is usually done on most types of massage therapies, patients who are into this type of massage are asked to sit comfortably in a chair during the therapy. The sitting position allows the therapist to have a full view and access of the head, face, shoulder, neck and upper arms on all angles.

This type of therapy works amazing results in giving natural treatment to various conditions such as the relief of headache, removal of physical and emotional stress, treatment of neck, shoulder and upper arm pain, calming of stiff muscle areas, treatment of eye strain and many more.

Indian head massage also has risks and contradictions which should be carefully considered instead of focusing only at its health benefits. Individuals who have a history of head injury should never try this therapy or should consult their doctors prior to arranging any sessions. Seek your doctor’s advice, opinion or suggestion regarding this therapy.